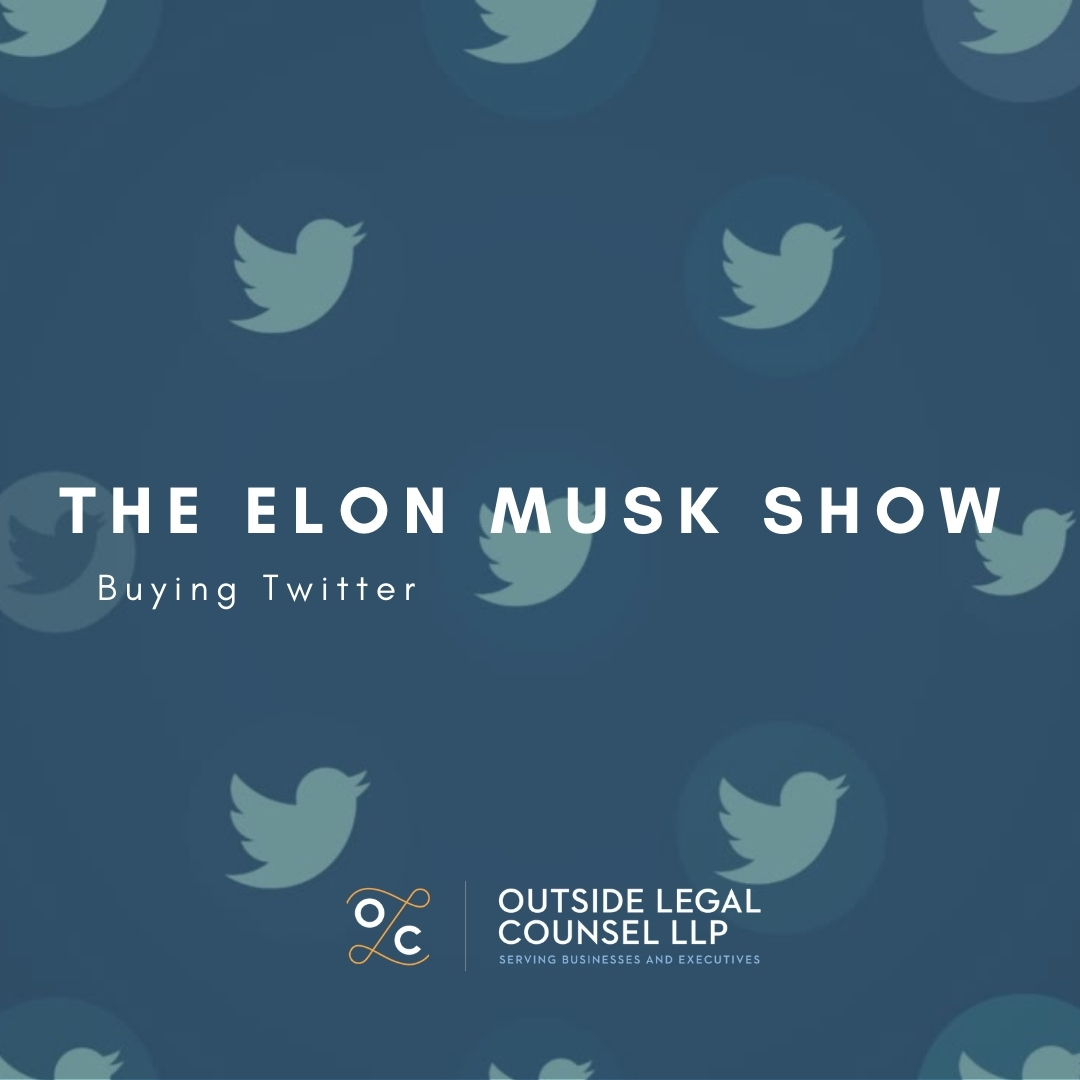 Elon Musk is undoubtedly a transformative figure.  The world’s wealthiest person announced this week his intent on buying Twitter outright for $43Billion in cash.  With his eyes set on owning Twitter at the moment, Mr. Musk has already been dragged into several lawsuits in connection with Twitter and his usage of the platform.

Most recently, an action was commenced by Twitter shareholders about the late timing of his disclosure of his ownership stake of 9% in the Company.  The SEC is also likely to take action on account of this late disclosure as it did in 2018, when it accused him of deceiving investors when he tweeted — inaccurately — that he had secured funding to take Tesla private. Musk settled with the SEC, which settlement agreement forced him out as chair of Tesla’s board but allowed him to stay on as its chief executive with restrictions on the usage of Twitter for purposes of financial disclosures related to his Companies.    Since that action in 2018, Musk has taken the position that the Settlement Agreement with the SEC should be modified and undone to a certain extent partly on account of his 1st amendment right to free speech on Twitter.

While the power of Twitter as a platform and Mr. Musk’s potential ownership of it could be the beginning of a new frontier on so many different levels – from a legal perspective, this is like having ring-side seats to the greatest legal show on earth as we see how one of the wealthiest and most transformative figures in modern day life goes to war against government regulators who are attempting to deal with enforcing laws that were not written for these fact patterns.  Get your popcorn ready!