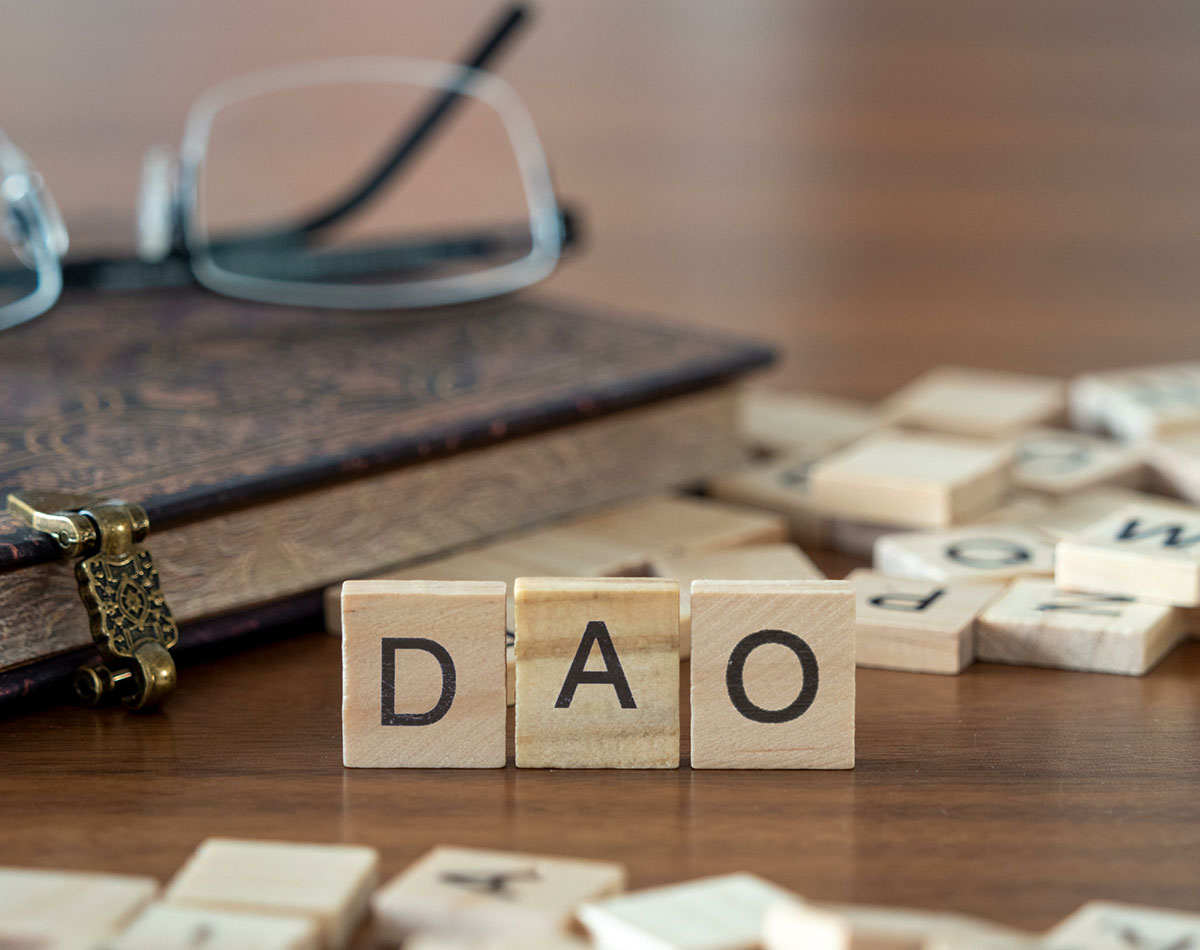 Business Structures and the Rise of the DAO

A sole proprietorship is by far the most basic, simple, and common form of business structure, and merely refers to any single individual that engages in business on her own behalf. Sole proprietorships are not limited by their size, and theoretically, could grow to be as large as any corporation; however, the simplicity of such a business structure leaves the owner totally, personally liable for all liabilities incurred by the business because there is no “separate legal entity” status for unincorporated businesses. As such, the owner of a sole proprietorship is personally responsible for all debts, taxes, and legal liabilities incurred by the business.

Accordingly, partnerships come with many hidden dangers. For example, partners face risk even from themselves because each partner has the ability to engage the entire partnership in financial obligations that may not be beneficial to the business, or that may even result in financial, tax, and even legal liability – without the shield afforded by a corporate status.

A joint venture refers to a legal entity that was formed by two or more parties for the purpose of engaging in economic activity together. Notice we did not say individuals because, like with partnerships, the parties in a joint venture may very well also be corporations or trusts. When forming a joint venture, all parties agree to create an entirely new separate legal entity by either contributing equity or labor, in order to gain access to a share of the revenues, expenses, and control of the newly formed business entity. Joint ventures are typically rigid arrangements, and may be formed for a single project or for a continuous business relationship. Rules governing the rigid procedure to form a joint venture vary depending on the state in which the joint venture is formed.

Under the LP business structure, the general partners are responsible for the day-to-day operations of the LP. Since it is possible for corporations and trusts to form partnerships, the role of the general partner is often filled by either a corporation or a limited liability company to act as a shield from unlimited, direct personal liability. Typically, the only responsibility of the limited partner, under this business structure, is to invest capital into the LP and share in its profits. As such, limited partners are strictly prohibited from taking part in the day-to-day operations of the business or else risk jeopardizing her “limited partner” status.

Both the protections and structure provided by limited liability companies (“LLC”) vary heavily from state to state. More than any other business structure, it is important that one carefully considers the laws of the state in which the LLC will be formed. Accordingly, carefully picking which state to incorporate is vital to the LLC formation.

Generally, an LLC grants its involved members (or owners) certain favorable tax treatments, and protects them from unlimited, direct personal liability to all debt and legal actions taken against the LLC. Under an LLC, one of the members or owners typically serves as the “managing member”, and is responsible for the day-to-day management of the LLC. Uniquely, under this business structure, the LLC’s profits or losses pass directly through the owning member’s personal income tax returns, allowing them to only be taxed once (as opposed to being taxed once via taxing their personal income and again via taxing the business).

C-corporations (or just corporations) are probably what most people refer to whenever they think of the traditional incorporated business structure. C-corporations create a new, separate, legal entity distinct from its owners, and thus, manages its own bank accounts, enters into its own legal commitments, establishes its own credit identity, acquires its own property and assets, and even can engage in its own political activity.

S-Corporations are essentially c-corporations that have been structured and formed in such a way as to make the corporation comply with “subchapter S of the Internal Revenue Code” which, in most states, limit the s-corporation to a maximum of 100 shareholders, and couples the limit liability feature of corporations with the pass-through feature of partnerships, allowing its owning members to only be taxed once. In other words, under the s-corporation business structure, shareholders avoid the pitfalls of double-taxation, where income is first taxed at the company level, then again at the individual level, while at the same time providing for the limited liability protection of a Corporation. As with LLCs, eligibility requirements for s-corporations vary from state to state.

Non-profits (or non-profit organizations) are in fact corporations, and are incorporated to perform economic, transactional activities with the intent of not making a profit. However, non-profits are permitted to generate profits, so long as generating profits is not the corporation’s primary goal, and that all profits are used in furtherance of the non-economic purpose behind the non-profit’s formation. As such, non-profit corporations are not permitted to provide capital distributions or dividends to its shareholders, although non-profits provide many of the same limited liability protections found in c-corporations.

‍Cryptocurrency: The Rise of a New Security and prelude to DAO

“Cryptocurrencies are virtual currencies with no physical form that operate on a peer-to-peer basis without a central authority, such as the Federal Reserve. They are digital in that unlike the US dollar, they have no physical form and do not have a central repository.” Consequently, critics of cryptocurrency allege that “virtual currency [and their products] remain an experimental concept… [and thus,] has no tangible intrinsic value.” Nevertheless, many businesses, investment firms, and as of recently, even the country of El Salvador, have begun to adopt cryptocurrencies and accept bitcoin as a viable payment option.

Accordingly, countries and institutions around the world have also begun creating regulatory guidelines around the various uses of cryptocurrencies, which in turn, caused the swift availability of crypto products for the average retail investor. As a result of the increasing regulatory clarity, many financial institutions started trading cryptocurrencies in 2015 with derivatives following shortly behind, in 2017. Presently, several mainstream financial institutions have begun to integrate Bitcoin, and “in 2021, Morgan Stanley was the first bank to allow investments in crypto for their high-net-worth clients.”  Morgan Stanley issued the following recommended reading on their investment strategy that is worth a review.

However, despite its gradual mainstream adoption, cryptocurrency remains vulnerable to a high risk of fraud and theft, making it a difficult asset to insure, and most developing business in the crypto space chose to remain anonymous to protect themselves from liability and public fault, which ultimately leads to even more fraud and theft.

The main reasons DAOs are formed is to automate and decentralize the governance of an organization with rules that are encoded as a computer program that is accessible via the blockchain, and controlled by all of the organizing members, rather than a central governing board. Since the blockchain is essentially public record, the DAO seeks to provide total transparency, requiring that all of its financial transaction records be recorded by a public facing blockchain. There is no top down structure to a DAO, and the DAO depends heavily on the operation of autonomous smart contracts to employ the rules and decisions within the organization. Typically, tokens (a random cryptocurrency) are used to govern a DAO, and provide voting and decision-making power to participants, with greater power being given to those with more tokens.

While this business structure provides for a number of advantages, such as, making it easier to attract investors, limits short-termed speculation, allows for a democratic approach to asset management, etc.; the precise legal status of this type of business organization is unclear.

As we previously discussed above, there are many advantages and disadvantages to each particular business structure, most of which center around limiting liability exposure, and/or providing tax benefits. However, the uncertainty surrounding the legal status of DAOs create potential legal exposure, leaving open questions, such as, whether or not DAO owners are unlimitedly, directly and personally liable for all financial obligations, debts, and taxes incurred by the DAO, and/or legal actions taken against the DAO.

Furthermore, it is not clear as to whether or not DAOs would even be legally recognized by a court of law. As such, if a court determines that a DAO is not a legally recognized business structure, then that DAO would simply be considered a general partnership, and all members of the DAO would share unlimited, direct personal liability to all debt and legal actions taken against the partnership.

Nevertheless, on July 1, 2021, Wyoming became the first state to recognize DAOs as a legal entity, and a DAO, known as American CryptoFed DAO, became the first business entity so recognized. As more states began to recognize the formation of DAOs, as with s-corporations and LLCs, you can be sure that the eligibility requirements to form a DAO will vary heavily from state to state.

This article is not a solicitation or recommendation to buy or sell, or an endorsement of, any security or other financial instrument including, without limitation, Bitcoin or other virtual currency products or to participate in any trading strategy related to them, nor is this article investment or legal advice. This article is authored by Jaleel Meniffe and edits by Yogi Patel of Outside Legal Counsel LLP.